While Sundays AFC South divisional game between the Colts and the Jags wasn’t the best exhibition of clinical Quarterback play, it proved a fantastic opening to the 2016 International Series!!

The NFL had Wembley rocking once again, as a full house got behind their adopted Jags to help them to a narrow victory. Just like in last years fixture, the Jags had to weather a late comeback, but ultimately a 4th quarter Allen Hurns TD was enough to get that vital 1st win, making the flight home a little more comfortable for Blake Bortles and Gus Bradley.

Despite the predictable late rally, Andrew Luck had a day to forget, and the game turned on a 4th & 1 decision to toss the ball to Dwayne Allen rather than tucking and running himself.

Blake Bortles had a hot and cold afternoon in the October sun; in the 1st half he seemed to have problems getting the ball released, but with Allen Robinson in fine form, he did enough to get an early lead. In the second half he improved, and despite one bizarre play which he threw and caught himself, he was able to find the game winning play to Hurns, and keep the Jags alive in the AFC South. 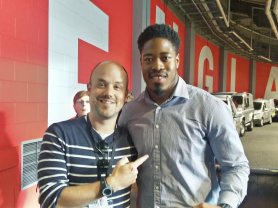 Everyone ready for Sunday??

This weeks pod is a special show dedicated to the first International Series game of 2016. KB & Dubs preview the Colts vs Jags game at Wembley with interviews from both camps. Denard Robinson & Dwayne Allen talk up their trips to London. There’s an exclusive interview with former England rugby union world cup-winning captain Martin Johnson and a look back at Week 14 in the CFL.

In the 2nd of our series of interviews with UK NFL fans, we spoke to Steffan Powell; reporter and presenter for Newsbeat, BBC Radio 1, and 1 Xtra. 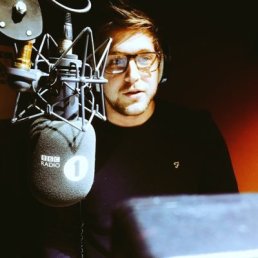 How did you fall in love with Football?

When I was growing up there was a TV show on Channel 4 every Saturday morning called BLITZ! Presented by the wonderfully sarcastic Gary Imlach. It had highlights of the weeks action and I immediately loved the colourful kits, mascots and helmets. I would have been around 8 or 9 then. The more I watched the more I fell in love with how dramatic the sport is; the big hits, hail mary’s and last gasp victories. Finding Madden (1996 I think was my first) then cemented my love of the sport for ever more.

Who’s your team, and why?

I’ve always been and always will be an Oakland Raiders fan! It all started because my big sister had a Raiders jumper (that I stole and wore myself obviously). 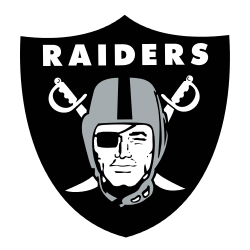 I also loved the Raiders logo and mascot growing up. It also helped that while in secondary school the team was doing really well! Rich Gannon, Tim Brown, Bill Romanowski and the Woodsons were great to watch! Learning more about the history of the team as well has been fun. It’s cool to follow a team with such a tradition of being mavericks and outsiders. I’ve seen some good times (AFC titles in the early 2000s) and the bad times (Andrew Walter anyone?).

What is your favourite footballing memory?

My favourite footballing memory is not actually NFL related – it’s lifting a national trophy as defensive co-ordinator for the Cardiff University Cobras. But in NFL terms my favourite footballing memory is getting to see the Raiders play in the flesh at Wembley – I’d been following the team for more than 15 years by then so that was pretty cool even if they did get a beatdown!

Who is your favourite player of all time?

Charles Woodson is my favourite player of all time. He was a star when I first really followed and got to know the sport and was a top pro ever since. 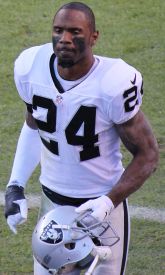 I also played (I use that term in the loosest sense of the word!) in the secondary for my team, so have always loved safeties and corners! As well as being the top player in two positions and winning the Lombardi trophy, Woodson was class act off the field. Rich Gannon, Rod Woodson and Ray Lewis would also be in the mix for me.

And your favourite player currently playing?

Controversially I might have to opt for a non-Raider here… I adore watching Aaron Rodgers play football. His goofy persona and skill set makes him eminently likeable in my eyes. The way he evades pressure and slings the ball downfield, without being a freak athlete like Cam Newton, is fun to watch. He’s the NFL equivalent of an old sharpshooting cowboy in the wild west making trick shots with his pistol for money.

With the elite quarterbacks either retiring, or in their 30s, who is the next superstar? 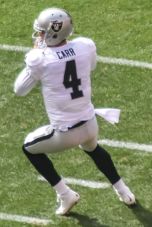 He’s already an efficient, competent pocket passer and he’s not even scratched the surface of his potential. He makes good decisions and has a big arm. Now with more confidence he’ll start making even more big plays. It helps that he has an ever improving cast of players around him. Watch him blossom into an elite quarterback in the NFL soon. Not that i’m biased of course…

You were a coach at university?

I played corner for the Cardiff University Cobras and captained the team but I blew out my ACL at the start of my 3rd year. 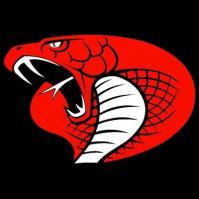 I loved the game and the guys I played with so much that I hung around and coached. Starting as assistant DB coach and ending up as DC. University teams in the UK are better on the ground than passing so we ran a mean 3-5 defence! In 2011 we won the second tier national title – easily the proudest moment of my football life (we shutout the opposition in the final as well!).

If we get a team in the UK, can you see UK universities starting up their own football programmes?

I think there are around 80 universities in the UK that have football teams at the moment. Obviously they’re no way comparable to US university programmes. I can’t see that changing much either to be honest even with a franchise coming here. University sport in the UK is just not the same as the US because you can become professional at any age. NCAA eligibility rules, and how they work with the NFL, are part of the reason college football is so big in the US. But what it will do is increase the visibility of the sport in the UK which should help those 80 teams get access to better funding and facilities – something I know that lots of them struggle with at times.

What do you think has to happen for us to get a London franchise? Would it have to be an Eastern divisional team?

I don’t think it does. Given it seems the owners don’t want another expansion of the league, to get a London franchise it’ll most likely have to be a relocation. I think therefore that whichever team is most suited to relocate will come here – regardless of which division they’re in.

With that in mind, if we were to get a UK-based team should the draft extend out to this country?

I think it’s good news that international players are now starting to get drafted. However it should only be on merit. If we see that, with a team here, more young people are taking up the sport and are good enough to get drafted then that’s great. The league has tried to artificially place foreign talent into squads before and they didn’t quite make it. Therefore we should wait until the players are good enough.

And finally, if a younger Steffan were to be drafted in the 2016 draft what position would you play?

Corner. They used to call me shutdown Steffan*

*Disclaimer – no-one called me that…

KB & Dubs turn their attention to the British American Football League and hear the remarkable story of the Farnham Knights, a team who were forced to cease operating in 2012. They speak to the head coach who has brought them back to the top division.

Plus, the guys read out your tweets and what you would call a Las Vegas franchise.

KB & Dubs speak to Bengals Special Teams Coordinator Darrin Simmons about their visit to London and what makes a good coach. Also joining the show is former Bills WR Donald Jones III and the illness that shortened his promising career. Plus the guys talk Carson Wentz, Michael Bennett, Marshawn Lynch and the CFL Draft.

You’re making history! Welcome to 1st Podcast brought to you by the 5th down UK.

KB & Dubs bring you news from the NFL and preview the 2016 NFL draft. This week also includes a beginner’s guide to the CFL.