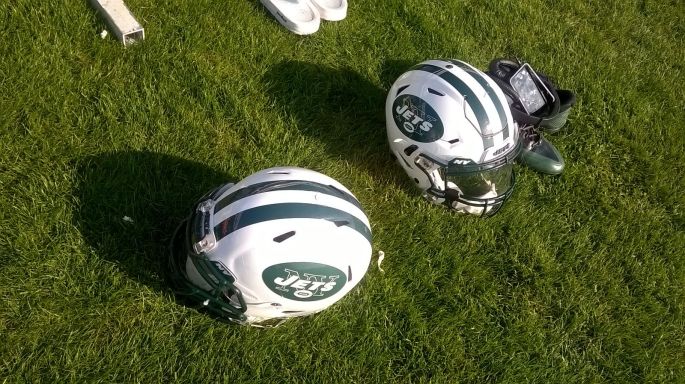 It was a dramatic end to the 2015 regular season, and Jets fans have every right to feel blue this Monday.

A win in Buffalo would have secured their place in the play-offs, but former head coach, Rex Ryan, spoiled their party.

The Bills won 22-17 at Ralph Wilson Stadium. A hat-trick of fourth quarter interceptions from Ryan Fitzpatrick compounded defeat for the Jets. The irony is he set the team’s touchdown record in the same game.

That defeat opened the door for the Pittsburgh Steelers.

All that stood in Pittsburgh’s way was a sorry Cleveland Browns team whose quarterback, Johnny Manziel, didn’t bother turning up for.

Manziel’s tenure with the Browns looks over after he failed to show up on Sunday. He was sidelined by the NFL’s concussion protocol, but was scheduled to meet the team’s doctor. An appointment he missed.

That controversy only added to the discontent in Cleveland as the axe loomed over head coach Mike Pettine and GM Ray Farmer. The pair were ultimately fired after the 28-12 defeat to the Steelers.

Pittsburgh head to Cincinnati late on Saturday night for their wild card game. If they win that one then the Steelers will head to Denver in the divisional round.

That’s because the old man of the NFL made dramatic return late last night. With the Broncos staring a 5th seed in the face, Peyton Manning stepped in and guided his team to a 27-20 win over the Chargers.

The result means the Broncos’ route to the Super Bowl will be through their house.

Manning’s introduction also opens the narrative for a fairytale ending to the legend’s career.